The HTC Vive Pre comes with everything seen here. Some assembly required. Your parents help you put it together. From HTC! (credit: Kyle Orland) For about a year now , we’ve been absolutely wowed by short, controlled demos of the virtual reality tech in the SteamVR-powered HTC Vive. But enjoying a slick demo in a curated show floor booth is one thing. Having a Vive in your house to play with at your leisure is another. Ahead of its upcoming consumer launch, Valve has sent us loaner units of its near-final HTC Vive Pre to test in the Ars Orbiting HQ . I’ve spent a large portion of the past few days immersed in Valve’s room-scale vision of virtual reality, whiling away hours blind to the real world around me and trying not to kill myself walking around my office (which has never been cleaner, to make sure there are no tripping hazards about). We’ll have fuller reviews of the hardware and the most interesting VR experiences as we get closer to the Vive’s early April 9 release. For now, here are some scattered impressions of what it’s like having room-scale virtual reality in your very own room. Read 17 remaining paragraphs | Comments 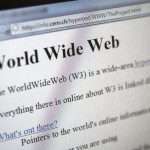