Enlarge (credit: Emmett Anderson ) Today, the Nobel Prize committee has honored three US biologists for their role in unravelling one of biology’s earliest mysteries: how organisms tell time. Microbes, plants, and animals all run on a 24-hour cycle, one that’s flexible enough to gradually reset itself, although it can take a few days after transcontinental travel. The biological systems responsible for maintaining this circadian clock require a lot of proteins that undergo complex interactions, and the new laureates are being honored for their use of genetics to start unraveling this complexity. A long-standing problem The first description of an organism’s internal clock dates all the way back to 1729, when a French astronomer (!?!?) decided to mess with a plant that opened and closed its leaves on a 24-hour cycle. He found that the cycle didn’t depend on daylight but would continue even when the plant was kept in the dark nonstop. It would take nearly 250 years to move from this observation to any sort of biological handle on the system. The change, as it has been so many times, was brought about using the fruit fly Drosophila . A genetic screen in the 1960s identified three different mutations that altered flies’ circadian clock: one that lengthened its 24-hour period, one that shortened it, and one that left it erratic. Mapping these revealed that all of them affected the same gene. From there, however, the field had to wait 20 years for us to develop the technology to clone the gene responsible for these changes, named period . Read 10 remaining paragraphs | Comments

Read the original post:
Nobel Prize goes to researchers who figured out how our cells tell time 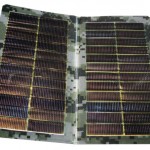