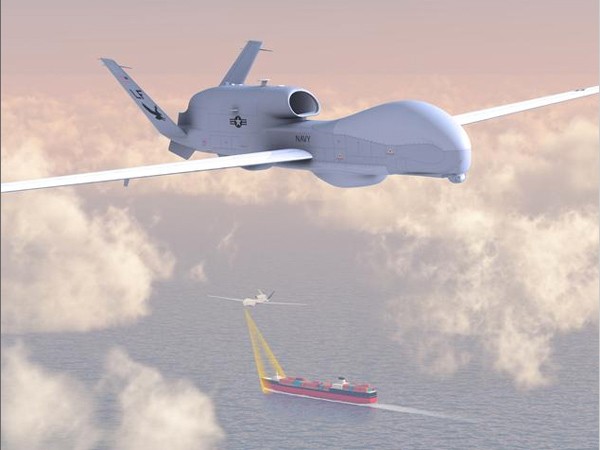 If Broad Area Maritime Surveillance, or war gadgets are your bag, then things just got real. Northrop Grumman has just unveiled the MQ-4C BAMS Triton, the latest addition to the US Navy’s Maritime Patrol and Reconnaissance Force. The spy plane was more than four years in development, has a wingspan of 130.9 feet, and is able to cover more than 2.7 million square miles in a single mission. As you will have been unable to avoid noticing, the unmanned aircraft definitely inherited some of the RQ-4 Global Hawk’s dome-like DNA, and will edge towards active service after completing functional requirement reviews and system development and demonstration flights. Want to bone-up on the full spec? Hit the more coverage link for the numbers. In the meantime, we’re wondering if they might extend the research.