Enlarge (credit: Countercept ) After Microsoft officials dismissed evidence that more than 10,000 Windows machines on the Internet were  infected by a highly advanced National Security Agency backdoor , private researchers are stepping in to fill the void. The latest example of this open source self-help came on Tuesday with the release of a tool that can remotely uninstall the DoublePulsar implant. On late Friday afternoon, Microsoft officials issued a one-sentence statement saying that they doubted the accuracy of multiple Internet-wide scans that found anywhere from 30,000 to slightly more than 100,000 infected machines. The statement didn’t provide any factual basis for the doubt, and officials have yet to respond on the record to requests on Tuesday for an update. Over the weekend, Below0day released the results of a scan that detected 56,586 infected Windows boxes, an 85-percent jump in the 30,626 infections the security firm found three days earlier. Both numbers are in the conservative end of widely ranging results from scans independently carried out by other researchers over the past week. On Monday, Rendition Infosec published a blog post saying DoublePulsar infections were on the rise and that company researchers are confident the scan results accurately reflect real-world conditions. Rendition founder Jake Williams told Ars that the number of infected machines is “well over 120k, but that number is a floor.” Read 4 remaining paragraphs | Comments 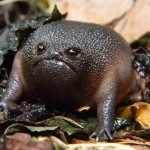 Adblock Plus Releases Standalone Browser That Blocks All Ads