Citing two anonymous sources “familiar with the matter,” Bloomberg News reports that the National Security Agency has known about Heartbleed, the security flaw in the OpenSSL encryption software used by a majority of websites and a multitude of other pieces of Internet infrastructure, for nearly the entire lifetime of the bug—“at least two years.” The sources told Bloomberg that the NSA regularly used the flaw to collect intelligence information, including obtaining usernames and passwords from targeted sites. As Ars reported on April 9, there have been suspicions that the Heartbleed bug had been exploited prior to the disclosure of the vulnerability on April 5 . A packet capture provided to Ars by Terrence Koeman , a developer based in the Netherlands, shows malformed Transport Security Layer (TSL) Heartbeat requests that bear the hallmarks of a Heartbleed exploit. Koeman said the capture dates to November of last year. But if the NSA has been exploiting Heartbleed for “at least two years,” the agency would have needed to discover it not long after the code for the TLS Heartbeat Extension was added to OpenSSL 1.0.1, which was released on March 14, 2012. The first “beta” source code wasn’t available until January 3, 2012 . Read 2 remaining paragraphs | Comments 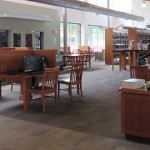