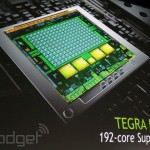 In what’s becoming a yearly tradition, NVIDIA came to its CES press conference with tidings of its next-generation mobile processor which will begin gracing devices in 2014. The chipset maker officially announced Tegra K1, the first 192-core processor based on the Kepler architecture. As you can imagine, NVIDIA is bringing its graphics chops to the new DX11-powered GPU, and it packs a serious punch — so much so, in fact, that it will come with support for Unreal Engine 4. In the company’s usual form, we were treated to demos of the new chip’s power compared side-by-side with a Tegra 4, and the difference was quite noticeable; the K1 offers real-time computing, global illumination, higher dynamic range and greater detail like reflective surfaces, dripping water and other realistic physically-based rendering. Developing… Filed under: Mobile , NVIDIA Comments 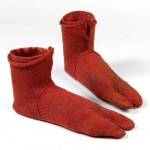