Enlarge Nvidia has quietly released the Titan Xp, an updated version of 2016’s Pascal Titan X which was colloquially and soon confusingly referred to as the Titan XP. The new Titan Xp is available directly from Nvidia for £1,160 or $1,200—the same price that last year’s Titan X launched at. Delivery time is listed as “1-3 working days.” The new Titan Xp finally features a full-fat Pascal GP102 GPU, with all 3,840 CUDA cores unlocked. Last year’s Titan X and the recently released  GTX 1080 Ti only have 3,584. Previously the only way to get your hands on GP102 was to pick up a Quadro P6000 card for a few thousand bucks. Memory speed on the Titan Xp has been increased over last year’s Titan, from 10GHz up to 11.4GHz. Max boost clock has also been bumped up slightly, from 1,531MHz to 1,582MHz. The amount of memory stays the same: 12GB of GDDR5X RAM, as does the 384-bit memory bus width. Thanks to the memory speed increase, though, max bandwidth is a monstrous 547.7GB/sec—higher even than original HBM . Read 2 remaining paragraphs | Comments 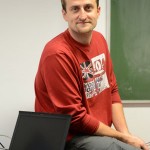