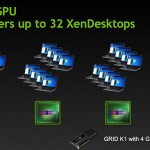 You probably won’t have noticed the following problem, unless you happen to be the IT manager in an architecture firm or other specialist environment, but it’s been an issue nonetheless. For all our ability to virtualize compute and graphical workloads, it hasn’t so far been possible to share a single GPU core across multiple users. For example, if you’d wanted 32 people on virtual machines to access 3D plumbing and electrical drawings via AutoCAD, you’d have needed to dedicate eight expensive quad-core K1 graphics cards in your GRID server stack . Now, though, NVIDIA has managed to make virtualization work right the way through to each GPU core for users of Citrix XenDesktop 7, such that you’d only need one K1 to serve that workforce, assuming their tasks were sufficiently lightweight. Does this mean NVIDIA’s K1 sales will suddenly drop by seven eighths? We couldn’t tell ya — but probably not. Filed under: Networking , Software , NVIDIA Comments 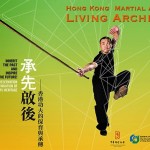