One new SoC per year? That’s what NVIDIA pledged back in the fall of 2010 and today at its CES 2013 presser, it delivered with the Tegra 4’s official unveiling. The chip, which retains the same 4-plus-1 arrangement of its predecessor, arrives with a whopping 72 GeForce GPU cores — effectively offering six times the Tegra 3’s visual output and is based on the 28nm process. It also is the first quad-core processor with Cortex A15 cores on-board, and offers compatibility with LTE networks through an optional chip. NVIDIA claims this piece of silicon is the world’s fastest mobile processor, and showed a demonstration in which a Tegra 4 went head-to-head against a Nexus 10 in loading websites (you can guess which one won). The Tegra 4 also introduces new computational photography architecture, which adds a new engine to drive the image processing and significantly improve the amount of time it takes to calculate the necessary mathematics 10 times faster than current platforms. To show off its power, NVIDIA demonstrated HDR rendering on live video. The chip is also capable of implementing HDR in burst shots and with LED flash. The idea, NVIDIA says, is to eventually make our mobile cameras more powerful than DSLRs, and this is certainly a step in the right direction. Gallery: NVIDIA CES 2013 press event Joseph Volpe contributed to this report. Continue reading NVIDIA officially unveils Tegra 4: offers quad-core Cortex A15, 72 GPU cores, LTE support Filed under: Cellphones , Tablets , Wireless , Mobile , NVIDIA Comments 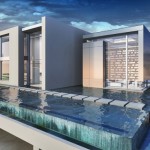 For sale: the largest, most expensive home in US history

Vodafone admits some governments have free rein to eavesdrop on calls