Nvidia CEO Jen-Hsun Huang directs a demo of the Grid Visual Computing Appliance (VCA) during his GTC 2013 keynote. Andrew Cunningham SAN JOSE, CA—One of the announcements embedded in Nvidia CEO Jen-Hsun Huang’s opening keynote for the company’s GPU Technology Conference Tuesday was a brand new server product, something that Nvidia is calling the Grid Visual Computing Appliance, or VCA. The VCA is a buttoned-down, business-focused cousin to the Nvidia Grid cloud gaming server that the company unveiled at CES in January. It’s a 4U rack-mountable box that uses Intel Xeon CPUs and Nvidia’s Grid graphics cards ( née VGX ), and like the Grid gaming server, it takes the GPU in your computer and puts it into a server room. The VCA serves up 64-bit Windows VMs to users, but unlike most traditional VMs, you’ve theoretically got the same amount of graphical processing power at your disposal as you would in a high-end workstation. However, while the two share a lot of underlying technology, both Grid servers have very different use cases and audiences. We met with Nvidia to learn more about just who this server is for and what it’s like to use and administer one. Read 19 remaining paragraphs | Comments 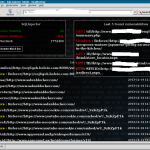 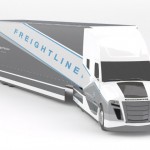