Reader MojoKid writes: NVIDIA’s Pascal architecture has been wildly successful in the consumer space. The various GPUs that power the GeForce GTX 10 series are all highly competitive at their respective price points, and the higher-end variants are currently unmatched by any single competing GPU. NVIDIA has since retooled Pascal for the professional workstation market as well, with products that make even the GeForce GTX 1080 and TITAN X look quaint in comparison. NVIDIA’s beastly Quadro P6000 and Quadro P5000 are Pascal powered behemoths, packing up to 24GB of GDDR5X memory and GPUs that are more capable than their consumer-targeted counterparts. Though it is built around the same GP102 GPU, the Quadro P6000 is particularly interesting, because it is outfitted with a fully-functional Pascal GPU with all of its SMs enabled, which results in 3, 840 active cores, versus 3, 584 on the TITAN X. The P5000 has the same GP104 GPU as the GTX 1080, but packs in twice the amount of memory — 8GB vs 16GB. In the benchmarks, with cryptographic workloads and pro-workstation targeted graphics tests, the Quadro P6000 and Quadro P5000 are dominant across the board. The P6000 significantly outpaced the previous-generation Maxwell-based Quadro M6000 throughout testing, and the P5000 managed to outpace the M6000 on a few occasions as well. Of particular note is that the Quadro P6000 and P5000, while offering better performance than NVIDIA’s previous-gen, high-end professional graphics cards, do it in much lower power envelopes, and they’re quieter too. In a couple of quick gaming benchmarks, the P6000 may give us a hint at what NVIDIA has in store for the rumored GeForce GTX 1080 Ti, with all CUDA cores enabled in its GP102 GPU and performance over 10% faster than a Titan X. Read more of this story at Slashdot. 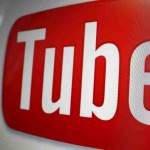