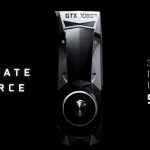 Last year we called NVIDIA’s GeForce GTX 1080 “the upgrade you’ve been waiting for, ” and now PC gamers have another high-end graphics card to drool over. Now, at GDC 2017 CEO Jen-Hsun Huang presented its successor, the GTX 1080 Ti, which promises “35 percent more performance, ” packs 11GB of GDDR5X memory and will go on sale March 10th for $700. In fact, NVIDIA even claims this new card is faster than its $1, 200 Titan X that launched late last year. At the same time, the company announced the 1080 is getting a price cut and will now start at $500. Developing… Watch live video from NVIDIA on www.twitch.tv The GeForce GTX 1080 Ti – faster than TITAN X – will be $699 and available next week. #UltimateGeForce pic.twitter.com/aW6XIv0Cyv — NVIDIA GeForce (@NVIDIAGeForce) March 1, 2017 Click here to catch up on the latest news from GDC 2017! Source: NVIDIA (Twitter) 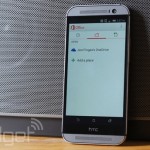 Office Mobile is now completely free to use on Android and...

All sent and and received e-mails in Gmail will be analyzed,...

A $6 commute with Wi-Fi, USB ports, and coconut water