MojoKid (1002251) writes “NVIDIA’s 2014 GTC (GPU Technology Conference) kicked off today in San Jose California, with NVIDIA CEO Jen-Hsun Huang offering up a healthy dose of new information on next generation NVIDIA GPU technologies. Two new NVIDIA innovations will be employed in their next-gen GPU technology, now know by its code named ‘Pascal.” First, there’s a new serial interconnect known as NVLink for GPU-to-CPU and GPU-to-GPU communication. Though details were sparse, apparently NVLink is a serial interconnect that employs differential signaling with embedded clock and it allows for unified memory architectures and eventually cache coherency. It’s similar to PCI Express in terms of command set and programming model but NVLink will offer a massive 5 — 12X boost in bandwidth up to 80GB/sec. The second technology to power NVIDIA’s forthcoming Pascal GPU is 3D stacked DRAM technology.The technique employs through-silicon vias that allow the ability to stack DRAM die on top of each other and thus provide much more density in the same PCB footprint for the DRAM package. Jen-Hsun also used his opening keynote to show off NVIDIA’s most powerful graphics card to date, the absolutely monstrous GeForce GTX Titan Z. The upcoming GeForce GTX Titan Z is powered by a pair of GK110 GPUs, the same chips that power the GeForce GTX Titan Black and GTX 780 Ti. All told, the card features 5, 760 CUDA cores (2, 880 per GPU) and 12GB of frame buffer memory—6GB per GPU. NVIDIA also said that the Titan Z’s GPUs are tuned to run at the same clock speed, and feature dynamic power balancing so neither GPU creates a performance bottleneck.” Read more of this story at Slashdot. 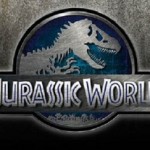