An anonymous reader writes “New York City Police Commissioner Ray Kelly thinks that now is a great time to install even more surveillance cameras hither and yon around the Big Apple. After the Boston Marathon bombing, the Tsarnaev brothers were famously captured on security camera footage and thereby identified. That just may soften up Americans to the idea of the all-seeing glass eye. ‘I think the privacy issue has really been taken off the table,’ Kelly gloats.” Read more of this story at Slashdot.

Link:
NYC Police Comm’r: Privacy Is ‘Off the Table’ After Boston Bombs

How to Change Your Car’s Brake Pads 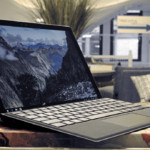