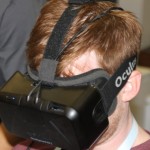 Calm down, Oculus DK2! Now’s not the time for fear. That comes later. Today’s announcement about the latest improved version of the Oculus Rift headset was good news for virtual-reality geeks, but it came with two caveats. First, this still isn’t the final model meant for wide consumption, but rather a second stab at the headset’s development kit. And second, it won’t reach its intended, limited audience of developers until July of this year. That’s not soon enough for the GDC-attending contingent at Ars! After all, we’re already desperate to escape our current tech-conference reality, mostly comprising grumpy faced games industry professionals. Thus, gaming editor Kyle Orland and I grabbed our press laminates and hopped the giant Oculus Rift line,  Wayne’s World -style , to take the refreshed headsets for a spin—and grill company founder Palmer Luckey in the process. I have shoved my eyes into the original Oculus headset a few times now, which means that I have no patience for its largest failings: latency and refresh. The original responds just slowly enough to your head’s motions to feel detached, but worse, its tiny screens suffer from a slight frame refresh hitch. Couple those with a low-resolution screen pushed directly into your skull, and even first-person gaming freaks like myself can expect a one-way ticket to Headache Town. Read 9 remaining paragraphs | Comments 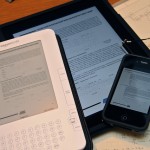 Jailbreaking now legal under DMCA for smartphones, but not tablets