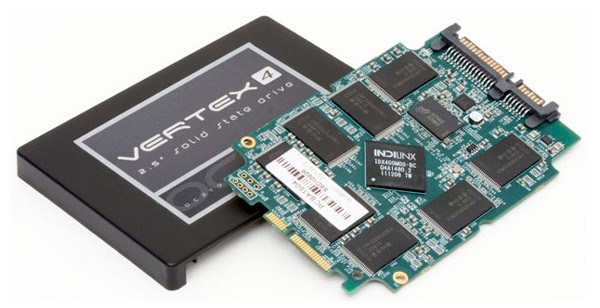 The Vertex 4 is a big deal for OCZ, because it’s the company’s first top-end SSD to come with an in-house Indilinx controller. We first saw an earlier version of this proprietary silicon put to good effect in the Octane drive a few months ago, and by most accounts the Vertex 4’s updated Everest 2 controller continues in the same vein. The new drive will ship in 128GB, 256GB and 512GB varieties, with MSRPs of $179, $349 and $699 respectively, which stacks up well against Intel’s 520 series. Bearing in mind that only the larger two variants have been sent out for review so far, the general feedback is that the Vertex 4 is reliable and indeed excels in certain key benchmarks like random write performance, which Anandtech described as “incredible.” On the other hand, read performance and some other real-world benchmarks were less earth-shattering, and most reviewers have been quite measured in their conclusions. Storage Review, for example, suggested that the new Vertex’s attractiveness will grow over time, as pricing gets more aggressive and OCZ’s decision to use its own controller pays dividends in terms of support and firmware tweaks. Check out the source links for all the usual benchmark graph goodness.

[Thanks to everyone who sent this in.]