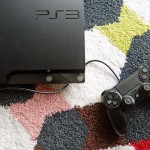 Already paid up for Sony’s PlayStation 4 ? Or are you waiting on a certain blockbuster title before you make the move to the next gen? We don’t blame you. However, the PS4’s ancestor — that slightly curved obelisk sitting under your TV, the one with half an inch of dust — still has a few tricks in it. While we wait for Sony to perfect its streaming tech , there’s still no way to play PS3 titles on Console No. 4, unless it gets a fancy facelift … and you buy it again . So, we turn back to our faithful PlayStation 3. Born in 2006, eight years is a pretty good term for a games console. But maybe you don’t want your time with it to be over. We don’t either, and have found a few ways to breathe new life into your gradually graying PS3. Get a PlayStation Plus subscription Really, this should be in past tense: Because you should have gotten in on this surprisingly high-value service a year ago. PlayStation Plus is really that good . For under 10 bucks a month (down to $5 per month if you sign up for a year), you’re offered an “instant game collection” that’s updated every 30 days or so, and that one fee gives you access on every compatible console (PS3, Vita and PS4). As of this writing, the library includes BioShock Infinite, Payday 2, Uncharted 3, Castle of Illusion Starring Mickey Mouse and eight more PS3 titles. Free games rotate in and out each month, but if you “buy” it to download (even if you didn’t download right then), you can play it for as long as your sub lasts — not just when it’s part of the selection. Past titles (depending on region) have included Super Street Fighter IV, Infamous 2, LittleBigPlanet 2, Far Cry 3, Assassin’s Creed III, to name a few. Yeah, more titles than you’d probably ever have time to play, but the service typically delivers something we actually want to play nearly every month. Since launch, a total of 138 PS3 games and a host of PS1 games have been available on the service. Protip: The “instant game collection” on PS Plus differs from region to region. There are more mainstream titles coming to US and European subscribers, but the Japanese one (you’ll need to pick up some yen-based PlayStation Network credit to buy your sub), has a ridiculous archive of original PlayStation (and, er, PC Engine ) games. Are most of them in Japanese? Yes. Did we get a handful of free PS3 games ( Shadow of the Colossus HD ) games in the process? Oh yes. Upgrade the PS3’s hard drive Rather than delete your downloads to make space for new ones, why not expand? Go from 20GB to 300GB. For your shopping list, you’ll need a 2.5-inch internal SATA drive. Many tinkerers suggest one that spins at 5, 400 RPM to match the PS3’s original drive and to keep the new one from running too hot. It’s not plug-in-and-play simple — y ou can’t just pull out the smaller HDD, insert a new one into the PS3 Slim and play away. After backing up your current setup with the console’s backup utility, you’ll need to remove a few screws and gingerly switch out the drives. The only tricky part is remembering to put a system update file on a USB stick alongside your backup data. Thankfully, SCE has provisioned all the instructions needed here , for all three hardware iterations. Make sure you know what you’re doing here, too. Proceed at your own risk, although despite our apprehension, our own installation went without a hitch. Protip: You saw our first suggestion right? May as well throw in a 500GB — nah, make it a 1TB drive. Game download binge. Use the (much better) PS4 controller with your PS3 Sony’s newest DualShock is just so much better . It’s more comfortable, looks better and even comes with a smartphone-baiting touch panel and share button, although those last two features aren’t going to work here. The rest of the controller, surprisingly, does work . There are some caveats: There’s no PS button, so it’s really only for use during a game, and it won’t connect to the PS3 wirelessly — you’ll have to keep it tethered while you play. Handily, Reddit users have also compiled a list of games that will (and won’t) work with a PS4 DualShock, and for the fantasists among you, you can pretend that you’re playing on a PS4. Protip: Did you know that if you put a PS4 game disc into the PS3… nothing really happens? Did you even read the intro? C’mon . Try PS3 Remote Play on the PS Vita (but don’t depend on it) Yeah, the PS3 did it first . Unfortunately, it didn’t work all that well. On the PS4, Remote Play is fully functional, but on its predecessor, the feature is limited. That said, the HD remasters of Ico , Shadow of the Colossus and the God of War Collection are all worth playing through on a handheld. Should you do so, we advise staying well within range of the nearest WiFi router — in our experience, Remote Play on PS3 is temperamental, particularly when you lack a robust wireless signal. Protip: Give it at least four tries. If you liked the experience, well, maybe you should buy a PS4 . Filed under: Gaming , HD , Sony Comments

More:
Old console, new tricks: Getting the most out of your PS3

Hands-On With Intel’s “Next Unit of Computing” Mini PC