The tradition of burying loved ones with grave flowers turns out to be quite an old one. Archaeologists Daniel Nadel and colleagues discovered the oldest example in a grave in Israel’s Mount Carmel, dating back 12, 000 years ago: Ancient mourners lined four graves with the flowers, most notably one that holds the bodies of two people. The pair—an adult male and an adolescent of undetermined sex—belonged to the primitive  Natufian culture , which flourished between 15, 000 and 11, 600 years ago in an area that is now Israel, Jordan, Lebanon, and Syria. The Natufian society was one of the first—possibly  the  first—to transition from a roaming hunter-gatherer lifestyle to permanent settlements, and was also the first to establish true graveyards, said study leader  Daniel Nadel , an archaeologist at the University of Haifa in Israel. The new discovery indicates that the Natufians were also among the first to use flowers to honor their dead. Link 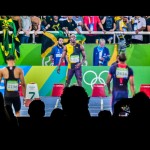 Sony and Panasonic partner to sell 8K TVs by 2020