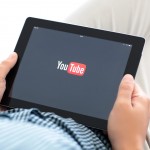 It’s easy to track YouTube’s most popular metric: Check the counter below any video to see how many times it’s been played. It’s harder to know how long viewers watch, which YouTube staff started tracking years ago. Today, those stats passed an auspicious number: Over a billion hours of content are watched every day by users around the globe. YouTube’s post presents some factoids grappling with that milestone: Watching a billion hours yourself would take over 100, 000 years, say. Since more than half of views come from mobile, a good chunk of those billion hours watched per day are seen on devices. And an increasing number of those might be watched without sound given that the total number of auto-captioned videos tipped past the one billion mark two weeks ago. As the dominant video platform, this daily total will only go up, especially now that YouTube is starting to roll out mobile live streaming. Whether it’s movie trailers, music videos, cooking shows, user-created fiction series, gaming channels, week-by-week recounting of World War One’s events on this date a century ago, or whatever other weird thing you’re into…well, I guess we’re all watching a billion hours of it tomorrow. Source: YouTube Blog

Read More:
One billion hours of YouTube are watched every day