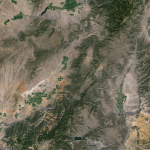 The Markagrunt gravity slide in Utah includes most of the area between Beaver, Cedar City, and Panguitch. Google Earth Some things can be too big to notice, as our flat-Earth-believing ancestors can attest, having failed to work out that the surface of the Earth curves around a sphere. Or, as the saying goes, you can focus on the details of some fascinating trees and miss interesting facts about the forest as a whole. In southwest Utah, geologists had noticed some pretty cool “trees.” The area had been volcanically active between 21 and 31 million years ago, building up a host of steep, volcanic peaks. A number of huge blocks of rock from these peaks, up to 2.5 square kilometers in area and 200 meters thick, are obviously out of place—they’ve been interpreted by geologists as the result of many landslides around the volcanoes. In a recent paper in Geology , David Hacker , Robert Biek , and Peter Rowley show that rather than being the result of many individual landslides, these are actually all part of one jaw-droppingly large event. The deposit, called the Markagunt gravity slide, covers an area about 90 kilometers long and 40 kilometers wide and is hundreds of meters thick. During the event, all of this slid 30 kilometers or more. The scale puts run-of-the-mill landslides—as terrifying and deadly as they can be—to shame. Read 7 remaining paragraphs | Comments 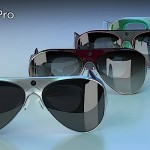 Meta Pro promises Tony Stark-style computing with a $3,000 pair of... 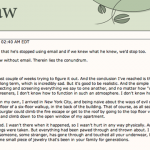 Legal Site Groklaw Shuts Down Rather Than Face NSA in Heartrending...