The first company to try to make a business out of streaming gameplay over the Internet will soon be shutting down its service. OnLive announced today that its servers will go offline on April 30, and that the company is selling its portfolio of patents to Sony Computer Entertainment America. The announcement comes almost exactly six years after OnLive first announced its plans in the nascent streaming gaming space. The idea was to take in user input over the Internet, put it through a game running on high-end hardware at a centralized server location, then send back video and audio to end user hardware that could be significantly cheaper and less powerful. The service and a $100 microconsole launched in late 2010 , but suffered from noticeable latency and image quality issues in our initial tests. With its pay-per-game service and a limited subscription-based streaming model failing to connect with many consumers, OnLive faced massive layoffs and a drastic business restructuring in 2012. The company soldiered on to launch a new hybrid streaming/downloadable game plan last year, though. Players who took part in that hybrid plan will still be able to play their purchased games through Steam, but streaming games purchased through Cloudlift or the older Playpass subscriptions will no longer be usable after the end of the month. OnLive will continue to exist as a corporate entity to manage remaining unsold assets such as trademarks, copyrights, and product designs. Read 4 remaining paragraphs | Comments 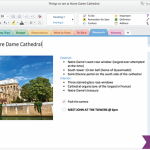