Longtime Slashdot reader Bruce Perens writes: David Rowe VK5DGR has been working on ultra-low-bandwidth digital voice codecs for years, and his latest quest has been to come up with a digital codec that would compete well with single-sideband modulation used by ham contesters to score the longest-distance communications using HF radio. A new codec records clear, but not hi-fi, voice in 700 bits per second — that’s 88 bytes per second. Connected to an already-existing Open Source digital modem, it might beat SSB. Obviously there are other uses for recording voice at ultra-low-bandwidth. Many smartphones could record your voice for your entire life using their existing storage. A single IP packet could carry 15 seconds of speech. Ultra-low-bandwidth codecs don’t help conventional VoIP, though. The payload size for low-latency voice is only a few bytes, and the packet overhead will be at least 10 times that size. Read more of this story at Slashdot. 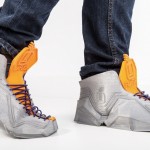