aglider writes: The newest stable iteration of the famous and glorious OpenWRT has just been released in the wild for all the supported architectures. The latest version is 15.05, codenamed “Chaos Calmer” after a cocktail drink, just like all previous ones. Major changes from the official announcements: “Linux kernel updated to version 3.18. Improved Security Features. Rewritten package signing architecture based on ed25519. Added support for jails. Added support for hardened builds. Improved Networking Support. Platform and Driver Support.” For the full details you are welcome on the forums while the firmware itself and extra packages are available from the distribution servers. Read more of this story at Slashdot. 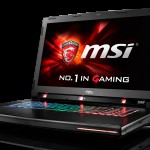