rDouglass writes Open source music notation software MuseScore, and pianist Kimiko Ishizaka, have completed the Open Well-Tempered Clavier project and released a new studio recording and digital score online, under the Creative Commons Zero (CC0, public domain) license. Their previous project, the Open Goldberg Variations (2012), has shown its cultural significance by greatly enhancing the Wikipedia.org article on J.S. Bach’s work, and by making great progress in supplying musical scores that are accessible to the visually impaired and the blind. The recording has also received very positive early reviews by music critics. Over 900 fans of J.S. Bach financed this project on Kickstarter.com, where a total of $44, 083 was raised. Read more of this story at Slashdot. 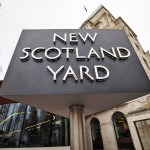