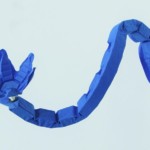 Soft robotics allow machines to move in ways which mimic living organisms, but increased flexibility usually means reduced strength , which limits its use. Now, scientists at MIT CSAIL & Harvard have developed origami-like artificial muscles that add much-needed strength to soft robots, allowing them to lift objects as much as 1, 000 times their own weight using only water or air pressure. One 2.6 gram muscle is able to lift a 3 kilogram object, which is the same as a duck lifting a car. The artificial muscles are made up of a plastic inner skeleton surrounded by air or water inside a sealed bag — the “skin”. Applying a vacuum to the inside of the bag initiates the muscle’s movement, creating tension that drives the motion. No power source or human input is needed to direct the muscle, as it’s guided purely by the composition of the skeleton . In experiments, the researchers created muscles that can lift a flower off the ground, twist into a coil and contract down to 10 percent of their original size. They even made a muscle out of a water-soluble polymer, which means the technology could be used in natural setting with minimal environmental impact . Other potential applications include deep sea research, minimally invasive surgery and transformable architecture. The muscles are scalable — the team built them at sizes ranging from a few millimeters up to a meter — and cheap to produce. A single muscle can be made in under ten minutes for less than a dollar. Even the research team itself was surprised by how effective the technology is. “We were very surprised by how strong the muscles were. We expected they’d have a higher maximum functional weight than ordinary soft robots, but we didn’t expect a thousand-fold increase, ” said CSAIL director Daniela Rus. “It’s like giving these robots superpowers .” 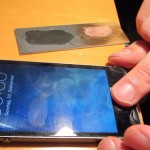 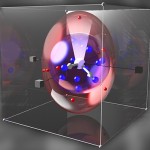 DARPA creating software that won’t need upgrades for a century