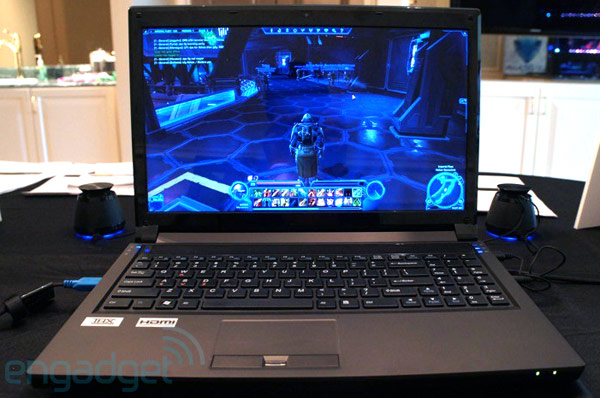 We hope you didn’t pull the trigger too quickly on one of the higher-end configurations for an EON15-S or EON17-S, because Origin PC just revamped its two gaming laptops extraordinaire with NVIDIA’s GeForce GTX 680M — a chipset so fresh that NVIDIA itself hasn’t made a full public reveal just yet. Springing for the upgrade gives them a more miserly, 28-nanometer Kepler-based graphics engine that will no doubt be a bit gentler on battery life and heat than the GTX 675M of old. While it’s not shedding full light on NVIDIA’s technology, Origin PC’s adaptation is known to stuff in a whopping 4GB of video memory as well as 1,344 CUDA (graphics and general-purpose processing) cores, or more than many desktop-level graphics cards. The company hasn’t initially said how much it costs to equip NVIDIA’s latest, though the previous $197 upgrade to a 675M might just be a clue as to how much of a premium you’ll need to pay for a speed lift in Max Payne 3.

Read the article:
Origin PC gives EON15-S, EON17-S a Kepler-based GeForce GTX 680M, games get a shot in the arm