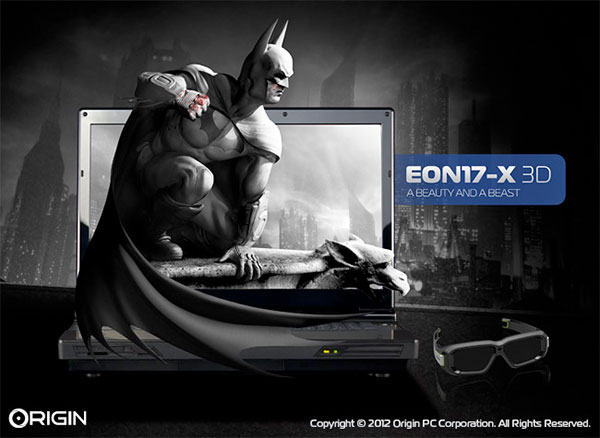 Hot on the heels of its dimensionally-average predecessor, Origin’s revealed a second, 3D-capable, desktop-replacing laptop; stereoscopic gamers, rejoice. This EON17-X3D utilizes a pair of overclocked GPUs, with 3D panoramas provided by a pair of NVIDIA’s 3D Vision 2 wireless glasses — although you’ll have to buy them extra. Hardware-wise, it’s a similar story to the EON17-X, with a back-lit keyboard and the same-size 17.3-inch display — the 3D function is actually a customization choice for the original model. Build options for this chunky gaming beast also include up to 32GB of quad channel memory and two NVIDIA GeForce GTX 580M GPUs in SLI on the priciest custom build. The basic model will set you back around $3,030, but an eye-catching paint job? That’s going to cost a little extra.