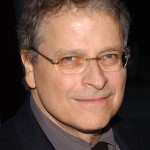 That didn’t take long: within one month, we got all of our screenwriters lined up for the new Disney-Lucasfilm Star Wars trilogy, and one of them is a pretty reliable man for the job. As we reported earlier, Michael Arndt will be taking Episode VII , and now it’s being reported that Lawrence Kasdan and Simon Kinberg will take on Episodes VIII and IX , though it’s unspecified who will take which script. If you recall, Kasdan wrote both Empire Strikes Back and Return of the Jedi , and if I may make a wild prediction, I’m going to call the final episode for him. Let the veteran round out the new trilogy. Kinberg is also hardly a slouch, having written Mr. and Mrs. Smith and Sherlock Holmes , plus he’s currently writing the sequel to X-Men: First Class , on which he was a producer. (In other words, experience in sci-fi/fantasy franchises.) Both Kasdan and Kinberg will also join Kathleen Kennedy as producers on both films. All three of the new movies will be based on story notes from George Lucas , but will be written and directed by others. Probably the best thing for Star Wars that George Lucas could ever do at this point. The Hollywood Reporter (and several other sites) seem to have this news all but confirmed. Disney-Lucasfilm have not offered a comment yet, except to say that they will make an official announcement on StarWars.com , where they confirmed Arndt’s role. For the moment, that is still the most recent news item . Photo credit: Collider Sources: Lawrence Kasdan, Simon Kinberg Lock Deals to Write and Produce ‘Star Wars’ Installments [The Hollywood Reporter]