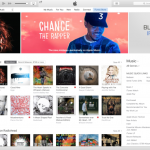 Enlarge / iTunes 12.4. (credit: Andrew Cunningham) Apple today released OS X 10.11.5, the fifth major update to OS X El Capitan since it was released last September. The company also released iTunes 12.4, a minor update that tweaks the user interface in an effort to simplify it. The El Capitan update doesn’t change much. There are quite a few security fixes  and a few tweaks related to enterprise usage , but little in the way of user-visible changes. iTunes 12.4 is more noticeable change. It doesn’t fix the core problem with iTunes—that having one program to handle local music, streamed music from Apple Music, TV and movie purchases, podcasts, and iOS device backups and administration makes for lots of clutter and confusion—but it does present a marginally more streamlined version of the app everyone loves to hate. The top navigation bar has had several buttons removed, and the app uses a persistent sidebar instead of multiple drop-down menus to let you view your media. iTunes versions of yore also made heavier use of sidebars for navigation—sometimes the old ways really are best. Finally, the back and forward buttons now let you “navigate between your Library, Apple Music, iTunes Store, and more.” Read 1 remaining paragraphs | Comments

Smoking Mothers May Alter the DNA of Their Children 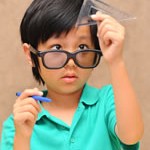 How China Becomes Smarter: Through Education and Genetic Engineering