Amid the sea of text, a revealing phrase: 802.11ac. 9to5Mac Before rolling them out to the public through Software Update, Apple regularly releases beta versions of its minor OS X updates to registered developers and other selected testers. These patches are normally routine—a security patch here, a new driver there—but they occasionally reveal tidbits about where Apple is taking OS X and, by extension, its Mac lineup. A new build of OS X 10.8.4 was released to beta testers today, and 9to5Mac cracked it open in short order. Hidden in the operating system’s “WiFi-frameworks” folder is a brand-new reference to 802.11ac Wi-Fi , a new standard that promises bandwidth of up to 1.3Gbps. The fastest Wi-Fi chips in today’s Macs support 802.11n at speeds of either 450Mbps (for devices with three antennae like the iMac or MacBook Pro) or 270Mbps (for devices like the MacBook Air with only two antennae), making the new standard quite the potential upgrade. As with previous Wi-Fi upgrades, the new 802.11ac adapters and routers will also be backward-compatible with 802.11n, g, b, and a-based devices. Routers and adapters that support 802.11ac first began to appear on the market last year, and have slowly proliferated as the months have gone on. We saw quite a few 802.11ac routers at this year’s CES , and 802.11ac chips from the likes of Broadcom should begin to show up in many consumer devices this year. Even some smartphones (the HTC One in particular) are beginning to ship with the new standard, so it wouldn’t be a surprise if Apple made the jump in this year’s Macs. Read 1 remaining paragraphs | Comments 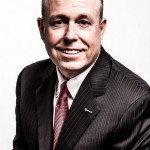 Microsoft makes a nod to subscriptions for Windows 10