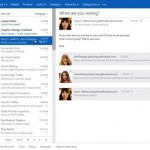 It’s been so long since Microsoft launched Outlook.com that we forgot it was technically in preview mode. Well, that ended today, at 12:01AM ET on the dot. The company just announced that the email service is no longer in beta, and that the site has racked up 60 million active users — over a third of them Gmail converts. If you decide to join today, you’ll be getting the same feature set announced last summer, just with a smoother, less glitchy experience (not that it was ever that buggy to begin with, if you ask us). To lure in even more users, Microsoft is planning on launching a massive advertising campaign, one that will include TV and radio spots (see one of them after the break), online ads and even posters in subway stations. Basically, the sort of heavy promotion Microsoft is already doing for Surface. Regardless of how much success Microsoft has in converting Gmail loyalists, though, a lot more people are about to become acquainted with Outlook’s clean UI: the company has said it plans to switch Hotmail users over to the Outlook interface by summertime. To be clear, Microsoft says it has no plans to shut down the hotmail.com domain, so your existing Hotmail email address is safe, and you don’t even have to register for an Outlook.com addy if you don’t want to. Additionally, all of your folders and settings will be preserved. It’s just that you’re soon going to have to say goodbye to the old Hotmail. Onward, we say. Filed under: Software , Microsoft Comments Source: Microsoft 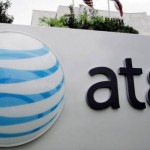