SonicSpike writes “Overstock plans to become the first big U.S. online retailer to accept Bitcoin, as Patrick Byrne, the company’s libertarian chief executive, warms to the virtual currency as a refuge from government control. Mr Byrne told the Financial Times that Overstock planned to start accepting Bitcoin next year – possibly by the end of the second quarter – a decision that he said was driven mainly by his own political philosophy. ‘I think a healthy monetary system at the end of the day isn’t an upside down pyramid based on the whim of a government official, but is based on something that they can’t control, ‘ Mr Byrne said.” Read more of this story at Slashdot. 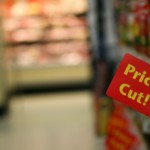