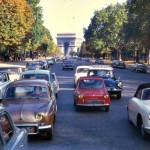 Don’t expect to see cars like this on Parisian streets after this summer (unless it’s a weekend). (credit: Don O’Brien @ Flickr ) Parisians with cars built before 1997 are going to need to head to the nearest car dealership if they want to keep driving in the city after July 1. The French capital has experienced quite horrific air pollution in the last few years, and there was  a massive spike in March 2015 that saw the city’s air quality drop lower than that of Beijing, China. After trying out temporary restrictions to vehicle traffic, Les Echos reports that the city has decided to implement new rules that will ban older and more polluting vehicles from its streets on weekdays. Those restrictions will also tighten over time; in 2020, only cars built since 2011 will be allowed. The vehicle classification scheme means you get one of these window stickers based on which Euro emissions standard your vehicle complies with. This announcement follows a decision by the French government to finalize a nation-wide scheme of ranking vehicle emissions (the system is based on the European emissions standards ). Any vehicle made on or before December 31, 1996 was built to conform with Euro 1, the weakest of these standards, and it’s these cars that are no longer allowed in the capital. Pre-2000 motorbikes and other two-wheeled vehicles are also on the hit list. Read 2 remaining paragraphs | Comments

More here:
Paris bans pre-1997 cars from its streets during the week 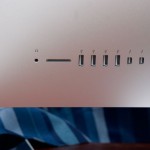 How to Listen to and Delete Everything You’ve Ever Said to...