According to a ruling by judges at the United States Patent and Trademark Office, the disputed patents on the gene-editing tool CRISPR belong to the Broad Institute of MIT and Harvard. “The ruling comes a little over two months after a high-profile court hearing, during which MIT and University of California, Berkeley heatedly argued about who should own CRISPR, ” The Verge reports. From their report: STAT News reported that the decision was one sentence long. The three judges decided that the Broad patents are different enough from the ones the University of California applied for that the Broad patents stand. The patent ruling suggests that the work done by Jennifer Doudna of the University of California and her colleagues on CRISPR wasn’t so groundbreaking as to make any other advance obvious. But that legal opinion isn’t how the science world views her work, STAT points out: “Doudna and her chief collaborator, Emmanuelle Charpentier, won the $3 million Breakthrough Prize in the life sciences in 2015, the $500, 000 Gruber Genetics Prize in 2015, and the $450, 000 Japan Prize in 2017, ” the outlet notes. Read more of this story at Slashdot. 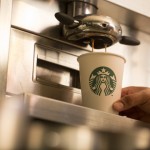 Starbucks’ new app will let you skip the line and sort...