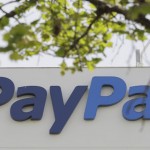 PayPal has has agreed to pay the US Department of the Treasury $7.7-million, after the financial giant processed transactions for a number of companies and individuals on the US sanctions list. A total of 486 violations of US regulations had apparently been committed by PayPal “for several years” after repeated failures in the firm’s screening process, a reports explains. While the severity of each instance will vary, the Treasury highlighted a number that relate to Turkish national Kursud Zafer Cire — an individual on the list after suspected involvement in the movement of weapons of mass destruction. The Treasury’s report states that Risk Operations Agents at PayPal manually overrode at least four alerts flagging Cire as blacklisted — resulting in transactions totalling over $7, 000. Since 2013, PayPal has introduced a “long term solution” that checks for violations in real time. An investment we imagine that’s a little more cost effective, than predicting future malware . Filed under: Internet Comments Via: Reuters Source: US Dept. Treasury , (2)