jones_supa writes “At the mammoth Consumer Electronics Show (CES) in Las Vegas in early January, it is expected that multiple computer makers will unveil systems that simultaneously run two different operating systems, both Windows and Android, two different analysts said recently. The new devices will introduce a new marketing buzzword called PC Plus, explained Tim Bajarin of Creative Strategies. ‘A PC Plus machine will run Windows 8.1 but will also run Android apps as well’, Bajarin wrote recently for Time. ‘They are doing this through software emulation. I’m not sure what kind of performance you can expect, but this is their way to try and bring more touch-based apps to the Windows ecosystem.’ Patrick Moorhead, principal analyst at Moor Insights & Strategy, suggests that PC Plus could get millions of consumers more comfortable with Android on PCs. ‘Just imagine for a second what happens when Android gets an improved large-screen experience. This should scare the heck out of Microsoft.'” Read more of this story at Slashdot. 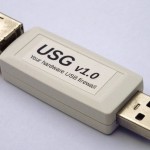