mr_mischief writes “Multiple sources report that the US found remnants of WMD programs, namely chemical weapons, in Iraq after all. Many US soldiers were injured by them, in fact. The Times reports: “From 2004 to 2011, American and American-trained Iraqi troops repeatedly encountered, and on at least six occasions were wounded by, chemical weapons remaining from years earlier in Saddam Hussein’s rule. In all, American troops secretly reported finding roughly 5, 000 chemical warheads, shells or aviation bombs, according to interviews with dozens of participants, Iraqi and American officials, and heavily redacted intelligence documents obtained under the Freedom of Information Act.” Read more of this story at Slashdot. 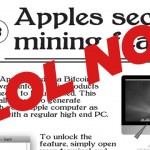