TechRax — a popular YouTuber who destroys technology for fame and riches — has uploaded a video where he drills a hole into an iPhone 7, claiming it to be a “secret hack” to reinstall a headphone jack in the device. The only problem is that he didn’t tell people it was a joke, and of course, some people fell for it. Crave Online reports: The YouTube video has amassed over 7.5 million views since being posted online last week, with it attracting 81, 000 dislikes in the process. The comments section is currently torn between people who are in on the joke, people who criticize TechRax for damaging his iPhone 7, and most unfortunately, people who have tried the “hack” out for themselves. Although this is YouTube so you can never be quite sure of whether or not these folks are trolling, parsing the comments section reveals some pretty convincing complaints lobbed in TechRax’s direction. It’s also firmly believable that there are people dumb enough to attempt drilling a hole into their iPhone 7, which is unfortunate but that’s the way the world is in 2016. You can read the comments under the YouTube video for more “convincing complaints.” But as if the report didn’t make it clear enough already, the video is a joke. Apple removed the headphone jack and there’s no way to get it back, unless you use an adapter. Read more of this story at Slashdot.

More:
People Are Drilling Holes Into Their iPhone 7 To ‘Make a Headphone Jack’ 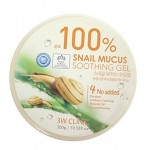