HughPickens.com writes The NYT reports that Peruvian authorities say Greenpeace activists have damaged the fragile, and restricted, landscape near the Nazca lines, ancient man-made designs etched in the Peruvian desert when they placed a large sign that promoted renewable energy near a set of lines that form the shape of a giant hummingbird. The sign was meant to draw the attention of world leaders, reporters and others who were in Lima, the Peruvian capital, for a United Nations summit meeting aimed at reaching an agreement to address climate change. Greenpeace issued a statement apologizing for the stunt at the archaeological site and its international executive director, Kumi Naidoo, flew to Lima to apologize for scarring one of Peru’s most treasured national symbols. “We are not ready to accept apologies from anybody, ” says Luis Jaime Castillo, the vice minister for cultural heritage. “Let them apologize after they repair the damage.” Read more of this story at Slashdot. 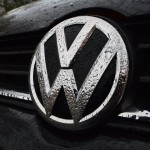 VW offers $1,000 in gift cards and vouchers to affected diesel...