Need a little help getting through your next big math exam? MicroBlink has an app that could help you study more effectively — perhaps too effectively. Its newly unveiled PhotoMath for iOS and Windows Phone (Android is due in early 2015) uses your smartphone’s camera to scan math equations and not only solve them, but show the steps involved. Officially, it’s meant to save you time flipping through a textbook to check answers when you’re doing homework or cramming for a test. However, there’s a concern that this could trivialize learning — just because it shows you how to solve a problem doesn’t mean that the knowledge will actually sink in. And if teachers don’t confiscate smartphones at the door, unscrupulous students could cheat when no one is looking. The chances of that happening aren’t very high at this stage, but apps like this suggest that schools might have to be vigilant in the future. Filed under: Cellphones , Mobile Comments Via: Quartz , TechCrunch Source: PhotoMath

Taken from:
PhotoMath uses your phone’s camera to solve equations 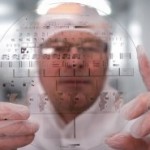 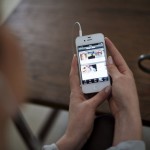