Hugh Pickens writes writes “Science Daily Headlines reports that researchers have applied a recently developed technique to directly measure the polarization states of light overcoming some important challenges of Heisenberg’s famous Uncertainty Principle and demonstrating that it is possible to measure key related variables, known as ‘conjugate’ variables, of a quantum particle or state directly. Such direct measurements of the wave-function had long seemed impossible because of a key tenet of the uncertainty principle — the idea that certain properties of a quantum system could be known only poorly if certain other related properties were known with precision. ‘The reason it wasn’t thought possible to measure two conjugate variables directly was because measuring one would destroy the wave-function before the other one could be measured,’ says co-author Jonathan Leach. The direct measurement technique employs a ‘trick’ to measure the first property in such a way that the system is not disturbed significantly and information about the second property can still be obtained. This careful measurement relies on the ‘weak measurement’ of the first property followed by a ‘strong measurement’ of the second property. First described 25 years ago, weak measurement requires that the coupling between the system and what is used to measure it be, as its name suggests, ‘weak,’ which means that the system is barely disturbed in the measurement process. The downside of this type of measurement is that a single measurement only provides a small amount of information, and to get an accurate readout, the process has to be repeated multiple times and the average taken. Researchers passed polarized light through two crystals of differing thicknesses: the first, a very thin crystal that ‘weakly’ measures the horizontal and vertical polarization state; the second, a much thicker crystal that ‘strongly’ measures the diagonal and anti-diagonal polarization state. As the first measurement was performed weakly, the system is not significantly disturbed, and therefore, information gained from the second measurement was still valid. This process is repeated several times to build up accurate statistics. Putting all of this together gives a full, direct characterization of the polarization states of the light.” Read more of this story at Slashdot. 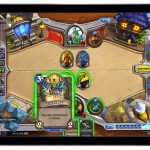