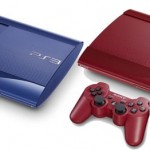 Are you one of the “small number” of folks with a PlayStation 3 that was bricked in this week’s 4.45 firmware update ? Though Sony’s been aware of the issue since the update launched, apparently a fix isn’t coming until June 27th — that’s nine days after 4.45 launched to an unsuspecting populace. The PlayStation Europe Twitter account announced as much this morning in a tweet. “We have identified the issue related to PS3 software update (4.45) that impacted a small number of PS3 systems earlier this week,” the feed reads. “A new system software update is planned to be released on June 27 that resolves that issue,” it adds. There’s also a bit of an apology, but that won’t do much for the folks who are without their PlayStation 3 for the next six days. PlayStation’s US arm also confirmed that the update will arrive in North America on the same date. Filed under: Gaming , Software , HD , Sony Comments Via: The Verge Source: Sony , @PlayStationEU