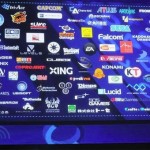 As with any gaming console, good hardware only tells half of the story. Today, Sony announced a stable of games that’ll play a large role in determining the early success of the PlayStation 4 , which is set for availability this holiday season. Leading the charge will be biggies such as Killzone Shadow Fall , Bungie’s next first-person shooter known as Destiny , Diablo III and a new installment of Final Fantasy . These games will be joined by creative efforts such as Knack , a game directed by the PlayStation 4’s lead architect, Mark Cerny, Watch Dogs from Ubisoft, and Driveclub , which aims to bring team-based racing to new levels. PS4 owners can also expect exclusives such as InFamous: Second Son and The Witness . Rounding out the list — for now, anyway — is a game from Capcom with the working title of Deep Down , along with an unnamed entry from Media Molecule. While it’s clear that Sony and the development community have a number of surprises that’ve yet to be revealed, you’re invited to check out a preview of what’s to come in the following gallery. Gallery: PS4 Titles Filed under: Gaming , Sony Comments

Read the original post:
PlayStation 4 games revealed: a preview of what’s to come

Over the Antarctic, the Smallest Ozone Hole In a Decade