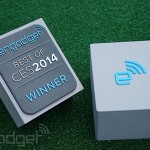 Start-up cancels and rebooks hotel rooms to get users the best...