In a surprise move announced this afternoon, investment management firm Columbus Nova announced it has purchased Sony Online Entertainment from its long-standing parent company, Sony Computer Entertainment. The studio behind MMOs like Everquest , DC Universe Online , Planetside 2 , and H1Z1 will now operate as an independent firm called Daybreak Game Company, according to a press release. Terms of the deal have not been disclosed. The announcement hints that the former SOE might be looking to take some of its properties to systems aside from the PC and PlayStation consoles they currently live on. “We will continue to focus on delivering exceptional games to players around the world, as well as bringing our portfolio to new platforms, fully embracing the multi-platform world in which we all live [emphasis added],” Daybreak president John Smedley said in a statement. Smedley was even more explicit about the company’s multi-platform future in a tweet following the announcement : “Can’t wait to make Xbox One games!” And in a post on the company’s official forums , the Daybreak team states outright that they will be developing for “PlayStation and Xbox, mobile and more!” Read 3 remaining paragraphs | Comments 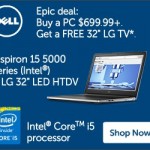