An anonymous reader writes: Remember that story about how women “get pull requests accepted more (except when you know they’re women).” The study actually showed that men also had their code accepted more often when their gender wasn’t known, according to Tech In Asia — and more importantly, the lower acceptance rates (for both men and women) applied mostly to code submitters from outside the GitHub community. “Among insiders, there’s no evidence of discrimination against women. In fact, the reverse is true: women who are on the inside and whose genders are easy to discern get more of their code approved, and to a statistically significant degree.” Eight months after the story ran, the BBC finally re-wrote their original headline (“Women write better code, study suggests”) and added the crucial detail that acceptance rates for women fell “if they were not regulars on the service and were identified by their gender.” Read more of this story at Slashdot.

Read More:
Pull Requests Are Accepted At About The Same Rate, Regardless of Gender 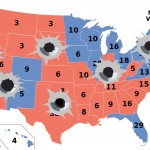 Record-Setting Hard Drive Writes Information One Atom At a Time