Qualcomm yesterday unveiled a new series of chips designed to solve one of the nagging problems faced by smartphone manufacturers and smartphone users: a single phone isn’t capable of hopping on any cellular network. This difficulty caused Apple to release three versions of the iPhone 5, with support for different LTE networks. As a result, customers who frequently travel overseas had to think hard about which version of the iPhone they would buy, since different countries and carriers use different cellular bands. The iPhone uses Qualcomm chips . LTE has exacerbated this cellular fragmentation, Qualcomm said. “The wide range of radio frequencies used to implement 2G, 3G, and 4G LTE networks globally presents an ongoing challenge for mobile device designers,” Qualcomm Senior VP Alex Katouzian said in the company’s announcement . “Where 2G and 3G technologies each have been implemented on four to five different RF bands globally, the inclusion of LTE brings the total number of cellular bands to approximately 40.” Read 4 remaining paragraphs | Comments 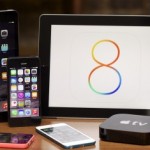