Enlarge / “Spock, the funny thing about the Beta Quadrant is the little differences . They’ve got the same shit over there they got here, but it’s just a little different.” (credit: CBS via Getty Images) This evening, both Deadline and The Hollywood Reporter dropped reports that would cut through any diehard sports- or politics fan’s timeline. High aesthetic, foul-mouth dialogue auteur Quentin Tarantino reportedly has an idea for a new  Star Trek  movie, and he’s already approached Trek  cinema careholder JJ Abrams. Both entertainment outlets confirm the two now plan on bringing a writers room together for Paramount to flush things out. Tarantino’s resume speaks for itself, from  Jackie Brown  and  Pulp Fiction  through  Django Unchained  and  The Hateful Eight.  He’s one of the most distinct modern filmmakers with an easy to recognize (and parody ) style. The director has worked with other creators’ IPs before ( Jackie Brown  comes from the great Elmore Leonard, for instance), but a  Trek  film would represent the first time he dabbled in an established major movie franchise. (Deadline notes he has dabbled in TV franchises like  CSI  and  ER. ) Of course, an idea and a writers room promise does not guarantee a movie. Tarantino already has a Charles Manson-ish movie in progress for 2019, while Abrams recently agreed to come back to the  Star Wars  franchise with  Episode IX.  And Paramount already expressed a desire for a fourth Chris Pine-led  Trek  installment to follow up the ehhh that was last year’s Star Trek Beyond.  The studio did not respond to requests for comment from either Hollywood publication, so there’s no clarity on whether Tarantino’s interest would impact those plans. Read 3 remaining paragraphs | Comments

Read the original post:
Quentin Tarantino said he preferred Trek over Star Wars, now he has a film idea 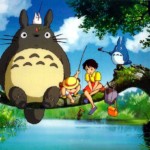 Google has given Google Play Services for Android a big update–adding...