Facebook’s plans for free satellite internet access may have run into some… setbacks , but another company is promising to make that ubiquitous data a practical reality. Quika, a company led by the chief of satellite provider Talia, is launching a free satellite broadband service in the second quarter of 2018. It’s promising speedy, low-latency Ka-band data in developing countries where income inequality and a lack of infrastructure (especially in rural areas) make conventional internet access impractical for most. Service will begin with Afghanistan, Iraq and most of Africa, but there are promises of more countries afterward. The strategy behind this no-charge access isn’t terribly complicated: Quika is planning to support its free plan through its paid services for enterprises and internet providers. Also, while the service itself will be free, Quika notes that customers may have to pay for setup or make a deposit on the necessary hardware. It’s far from certain that this will work as well as advertised. It depends on having enough corporate customers to subsidize free access, and capacity could be an issue. It may not be very fast if there are loads of users, and launching additional satellites isn’t always quick or easy. If this lives up to promises, though, it could go a long way toward fulfilling promises of democratizing internet access. Google is already providing some free balloon-based internet , but only on a limited, experimental scale. This could make free internet a staple in many parts of the world. Source: BusinessWire , Quika 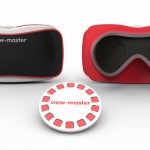 Google and Mattel update View-Master for the VR generation