Murray Hill, NJ—When the Nobel Prizes were handed out last year, there was clearly an interesting story behind Eric Betzig, who won in chemistry for his work in developing a microscope that could image well beyond the diffraction limit. Betzig, it was noted, took time out of his scientific career to work in his father’s machine tool business for a number of years. That break occurred after he left Bell Labs in New Jersey. Yesterday, his former home had him back in order to honor him, along with its seven other Nobel winners. Betzig got a prime speaking slot, and he used it to fill in the details of his long odyssey. Although his time at Bell Labs ended with him quitting science, it was clear that his time there was essential to his career’s eventual resurrection. Betzig started at Bell Labs after finishing his PhD at Cornell (the person who hired him, Hosrt Störmer, went on to win a Nobel as well). At the time, he was working on what’s termed “near field” microscopy, where, as he described it, a lens with a tiny aperture is jabbed right up against a sample; images are built by scanning the imaging tip across the sample. To make these tips, he’d been coating glass pipettes with aluminum; once at Bell Labs, he switched to something that was in easy supply there: optical fibers. Read 12 remaining paragraphs | Comments 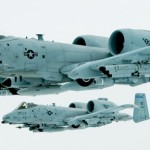 Samsung wants to get into the self-driving car business